Hello Everybody, over the weekend of July 20 & 21, the hottest and most humid weekend of the year to date, the Dollard Mixed Softball League played 9 games over the weekend. 5 make up games because of rain out on Saturday and 4 regular scheduled games on Sunday.
Many thanks to all the volunteer scorekeepers, umpires, and all 8 teams and spares. Special thanks to Norm and Scott for arranging the umpires and Candy for arranging the scorekeepers.  Also Graeme and Aston for putting up the tarps over the dug outs, and Darragh for setting up the pop up tent.
We would also like to thank The DDO Recreation Department (Anne Tremblay, Anca Dumitrescu and Eric Monette and the Park attendants at PVDS & Spring Garden) for making our weekend of softball possible.
Most teams played 2 games over the weekend and the Falcons and Phoenix played 3 games. Also we had numerous players spare for other teams over the weekend.
Thanks everybody for all your hard work I couldn’t have put this weekend together without your help.
Chad Rabkin
DMSL President

The aftermath of this scorching weekend goes:

And as usual, some good pictures 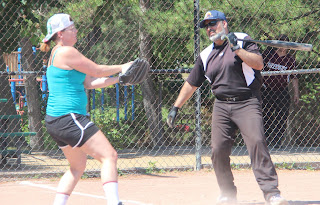 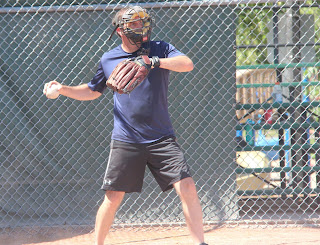 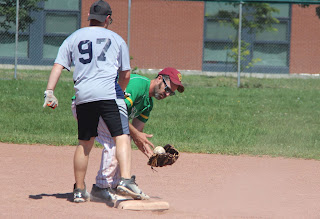 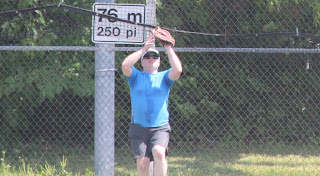 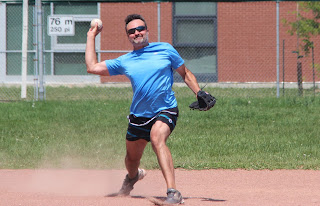 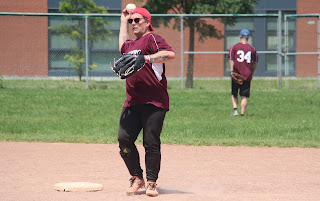 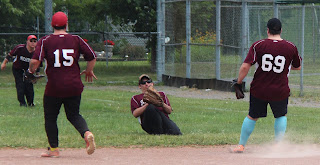